How to stop an unstoppable zombie job on Jenkins without restarting the server?

I had same issue at the last half hour…

Was not able to delete a zombie build running in my multi-branch pipeline.
Even Server restarts by UI or even from commandline via sudo service jenkins restart
did block the execution… The build was not stoppable… It always reapeared.

I was very annoyed, but… when looking into the log of the build I found something intersting at the end of the log: 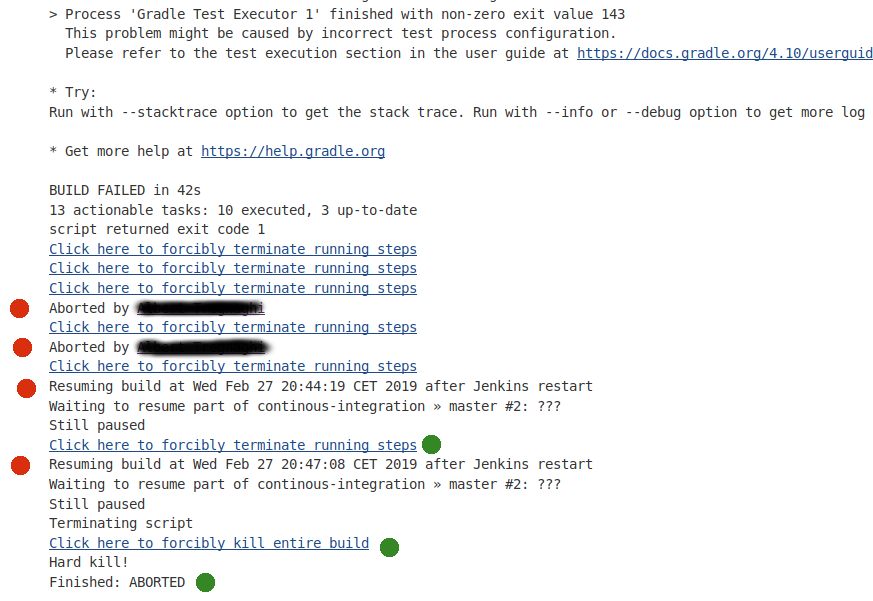 So this seems to work without any special plugins (except the multibranch-pipeline build plugin itself).