I am new to XCode and Swift. Trying to create a simple project that uses MQTT protocol. For that, there is a Swift library CocoaMQTT and there are directions on how to integrate it in an XCode project:

The directives above are not straight forward to me as for a newbie, and I followed another way by importing the CocoaMQTT package through the XCode main menu: File -> Add Packages. Once the package was downloaded, I saw that the package (and the other dependencies) were automatically added to my project in the file navigator: 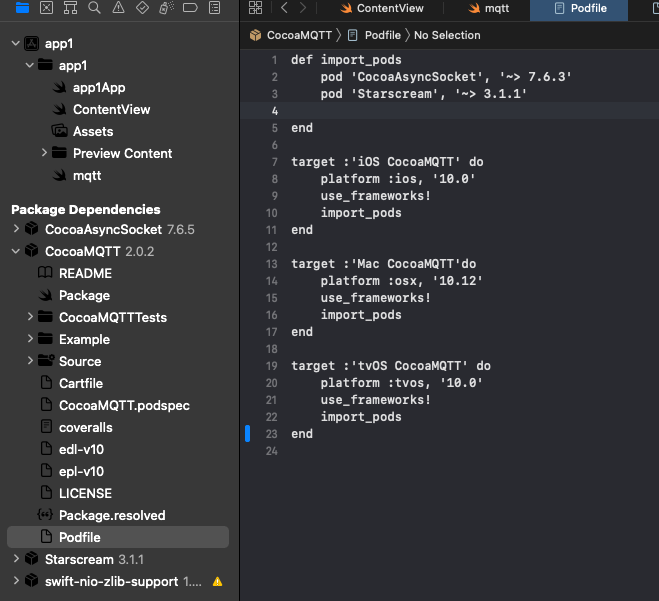 Question: do I still need to do CocoaPad installation as described above, or importing the package as I did is the new and sufficient way to integrate the library into the project? The Podfile that is mentioned in the instructions cannot be modified in XCode.