python – Is there a way I can organize images into subfolders, given their respective JSON data?

Essentially, I have two folders. One with JSON data titled the same as the images, and a folder of images.
For each JSON file, it has a class name which depicts the type of image it is referring to: 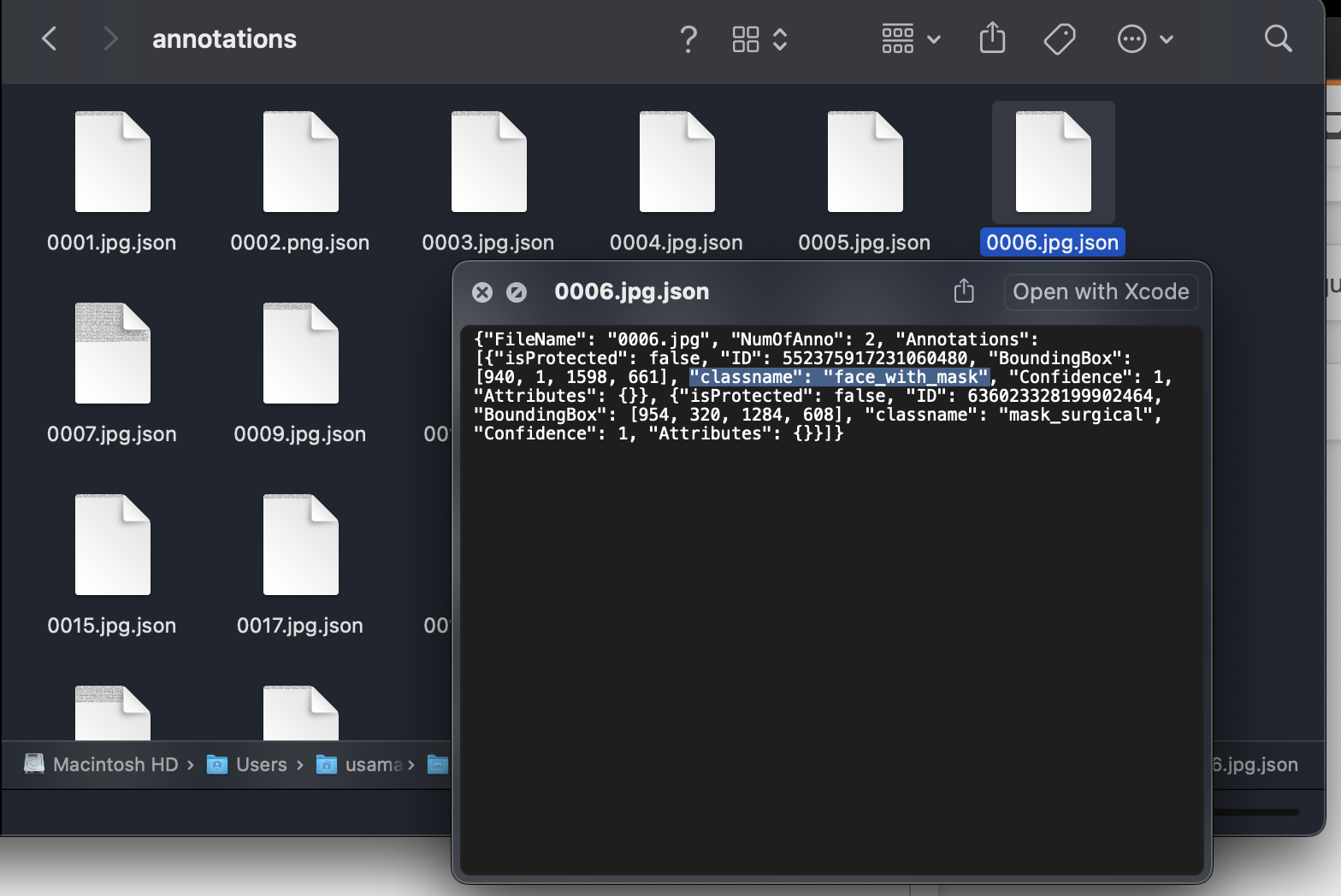 And I also have a images folder with the images of the same name as the JSON files: 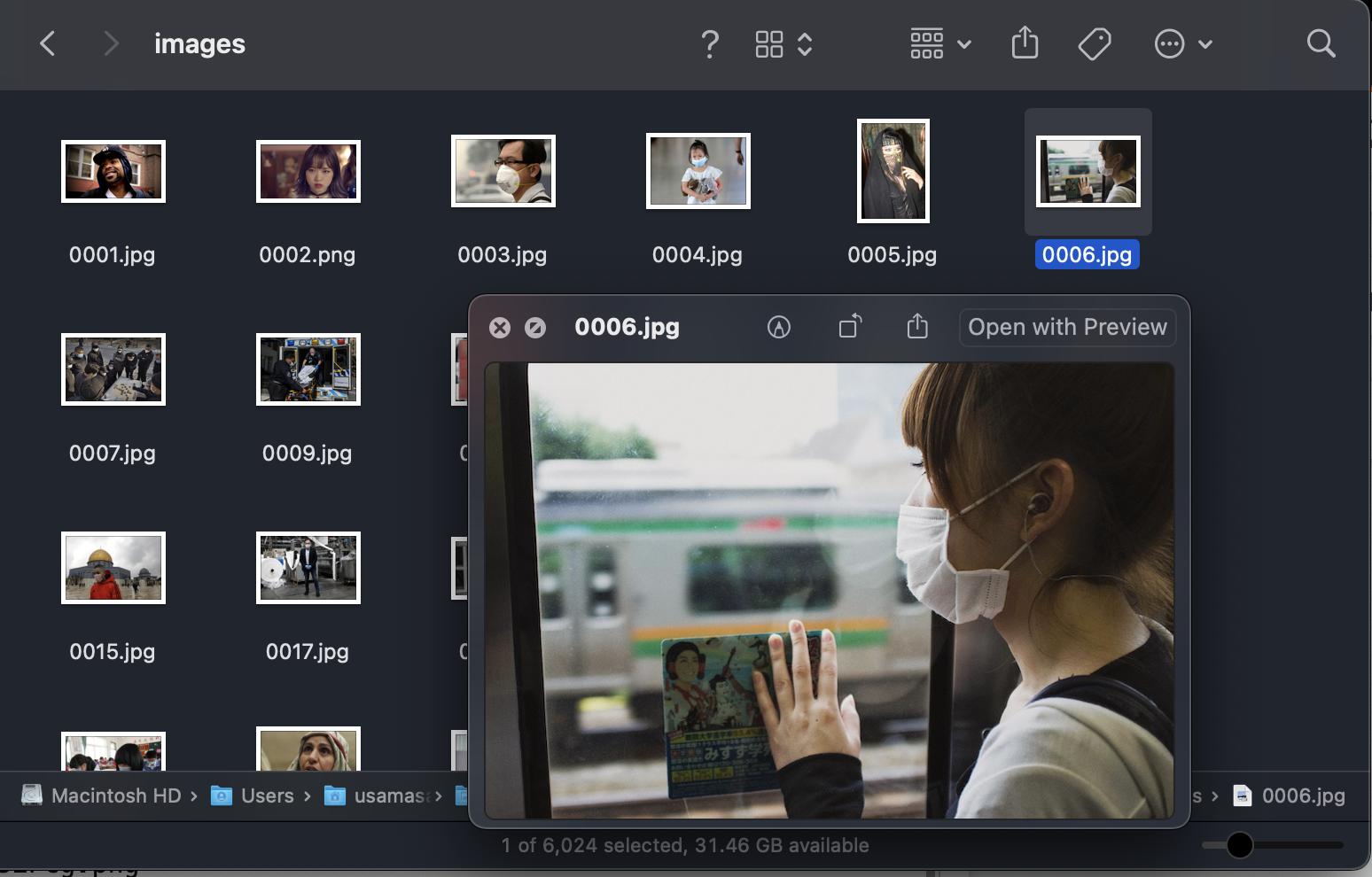 I am fairly new to data science, and was hoping for a pointer on where to look to organize these images into folders on a mac, such that a folder would be a class-name type. So for example, a folder for “face_with_mask” for instance.

In the end I am trying to create a Convoluted Neural Net to detect a mask and the type, but I at least need to figure out how to organize them into different classes first. I have about 6000 images which would be difficult to do manually.