What are Maven goals and phases and what is their difference?

Plugin is a collection of goals also called MOJO (Maven Old Java Object).
Analogy : Plugin is a class and goals are methods within the class.

Each Build Lifecycle is Made Up of Phases

For example the default lifecycle comprises of the following Build Phases:

So to go through the above phases, we just have to call one command:

For the above command, starting from the first phase, all the phases are executed sequentially till the ‘install’ phase. mvn can either execute a goal or a phase (or even multiple goals or multiple phases) as follows:

However, if you want to customize the prefix used to reference your plugin, you can specify the prefix directly through a configuration parameter on the maven-plugin-plugin in your plugin’s POM.

A Build Phase is Made Up of Plugin Goals

Most of Maven’s functionality is in plugins. A plugin provides a set of goals that can be executed using the following syntax:

For example, a Java project can be compiled with the compiler-plugin’s compile-goal by running mvn compiler:compile.

Build lifecycle is a list of named phases that can be used to give order to goal execution.

When the preceding command is executed, Maven runs all goals associated with each of the phases up to and including the test phase. In such a case, Maven runs the resources:resources goal associated with the process-resources phase, then compiler:compile, and so on until it finally runs the surefire:test goal.

However, even though a build phase is responsible for a specific step in the build lifecycle, the manner in which it carries out those responsibilities may vary. And this is done by declaring the plugin goals bound to those build phases.

A plugin goal represents a specific task (finer than a build phase) which contributes to the building and managing of a project. It may be bound to zero or more build phases. A goal not bound to any build phase could be executed outside of the build lifecycle by direct invocation. The order of execution depends on the order in which the goal(s) and the build phase(s) are invoked. For example, consider the command below. The clean and package arguments are build phases, while the dependency:copy-dependencies is a goal (of a plugin).

Moreover, if a goal is bound to one or more build phases, that goal will be called in all those phases.

Built-in Lifecycle Bindings
Some phases have goals bound to them by default. And for the default lifecycle, these bindings depend on the packaging value. 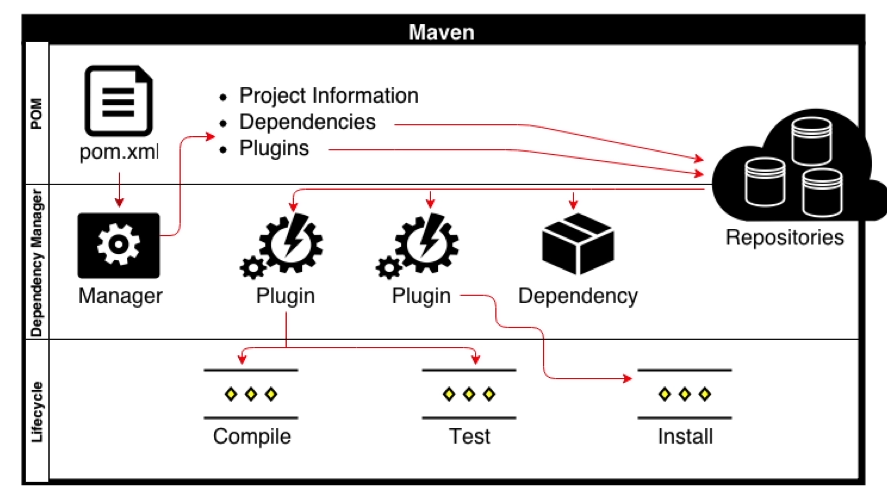 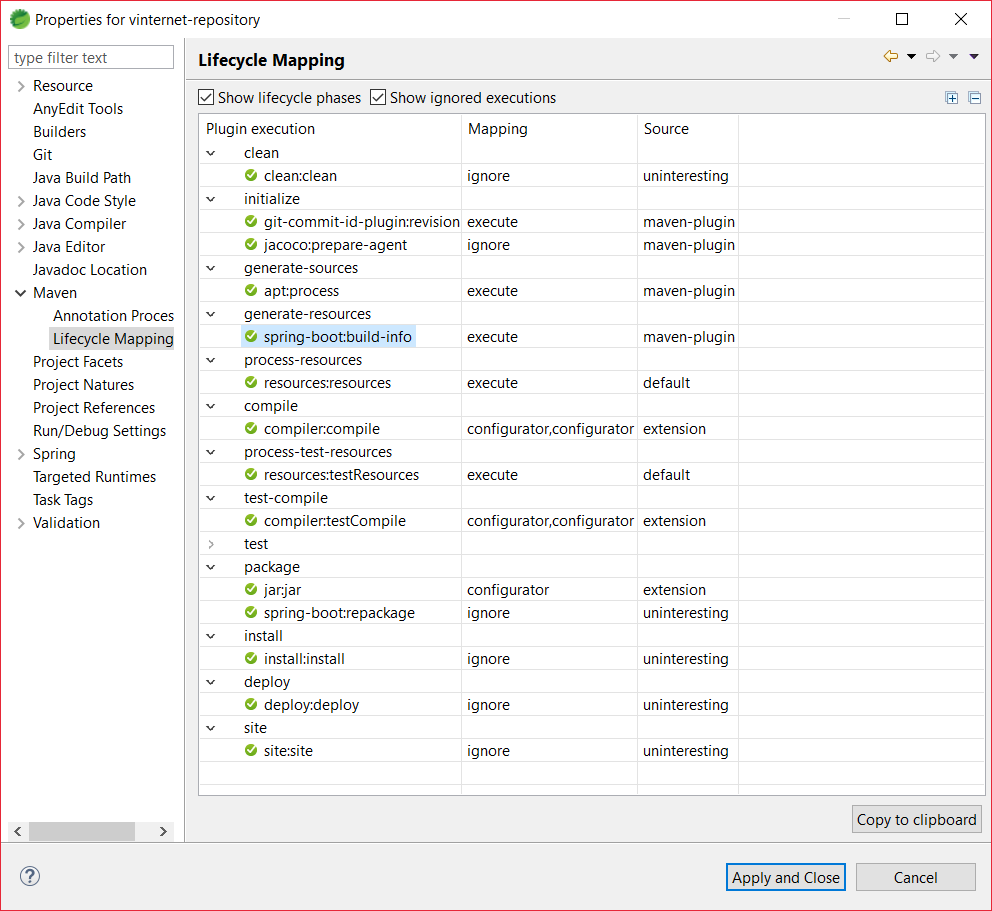